Log In Sign Up
Menu
Install the app
You are using an out of date browser. It may not display this or other websites correctly.
You should upgrade or use an alternative browser.
About the Ads

Have you been following this story? When the WSJ got access to how much reimbursement individual physicians got, Farid Fata was red-flagged. He owned an oncology clinic in suburban Detroit called Michigan Hematology Oncology and worked predominantly out of a hospital named Crittenton Hospital. A doctor employed by Fata blew the whistle that he was treating patients who didn't have a cancer diagnosis. His wife was the CFO and she has since fled to Lebanon with her children and tens of millions of dollars.

If you read one of the articles you'll see how egregious he was. But what I find hard to believe is how could he have gotten away with it all. Didn't these patient's have primary care doctors? Didn't anyone ever want to see a pathology report? Didn't anyone ever order a biopsy of anything? You have to wonder if some other radiologists, pathologists, pulmonoligists, radiation oncologists or others in the community were in on it.

More firepower for those who want to end fee for service medicine.

Here is the lovely couple. 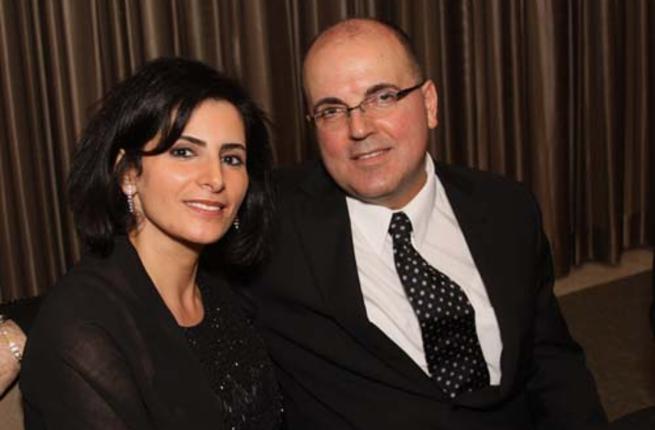 His wife looks better than him so he married up = Win. Now he's going to the slammer and his wife fled overseas with millions = Lose...
•••

But his family's future is now secure for 2-3 generations. That is kind of a win even if he is in prison.

I read some articles on him and patients were getting radiation. Didn't the radiation oncologist every check to see what the patient's diagnose or stage. What the hell would he be radiating without have a scan or pathology report or something.

I think more people than just Fata were involved in the fraud.
•••
About the Ads

Unfortunately, I have noticed that a great deal of doctors who commit massive medicare/healthcare fraud are foreign/FMGs. Say what you will, but if you look at this, you will notice that it's entirely the case. It's a lot simpler to defraud the american system, make a ton, and then flee which is sadly exactly what happened in this case. Also a lot of FMGs have this immense greed that it's worrisome at times. Even a few weeks ago, I was overhearing the conversations of a number of FMGs in the local medicine program, and they were talking about how they did not care if the patients died, they didn't care to be there, etc. etc. I was shocked. As a foreign grad you can commit fraud, lose your license here and still be wealthy and practice in your country. As an AMG, that's not an option. You lose your license and you are done. I also don't get why they did not cease/freeze the bank accounts of this man and why the gov has not ordered an extradition of this woman? It would be simple to do.


coroner said:
His wife looks better than him so he married up = Win. Now he's going to the slammer and his wife fled overseas with millions = Lose...
Click to expand...

I wish these physcians would get more prison time. Mark Weinberger served less than 4 freaking years for his crimes in Indiana that has been featured on the American Greed TV show. He was an ENT and you can read his stories here.

I can't say I see more FMGs doing fraud (and committing crimes) compared to americans. There is a current newstory in my state about a FMG urologist who may have ordered a hit on his ex-wife because she was asking for more money.

Fee for service is going to die thanks to these people. And then the true market for many specialities will be revealed. You can see who is swimming naked when the tide rolls out.
•••
T

This is a very sad story. Hope every Physician who is practicing fraudulent medicine learns from this.

I disagree with PMR_doc regarding FMGs being fraudulent. This is a very wrong generalization. THE PHYSICIAN (Dr Son Maunglay) who blew the WHISTLE regarding the above fraud is an FMG himself(Non American WHO actually investigate this fraud when Medicare failed to realize this). I am extremely surprised how the drugs could get prior authorization for the drugs when Medicare/Medicaid asks for prior authorization for Gabapentin!!!. Kudos to him for enlightening the innocent patients. He should receive some kind of award for standing for justice. I would request people to respect every professional Americans or IMGs who all work equally hard for this noble profession.

I think there is more to this story. The oncologist getting caught is only TIP OF THE ICEBERG of a LARGER/DEEPER scam!! It is unbelievable its happening here in the US !!!
•••

I kept wondering the same thing, "didn't anyone ever read a biopsy report?" Because you can be sure some of these patients would be hospitalized or get second opinions. But I think the main fraud was not necessarily manufacturing cancer out of nothing, but going to the extreme on things for which biopsy is not totally specific. Like biopsies for MGUS, he could spin the clinical or imaging info to call it myeloma and thus warrant treatment. Or chronic cytopenias could turn into MDS. Or previously proven lymphomas could now have imaging findings without confirmation. Stuff like that. So the press is making it sound like "he gave chemo to patients who never had cancer" but getting a diagnosis of MDS or even myeloma can be subjective. It's not like they get a biopsy of a lung mass that is called benign and he alters the report to say cancer and gives them chemo. That would have been caught (presumably!) earlier.

So no doubt many patients who got second opinions were told they didn't need the therapy he was giving. No doubt some of them sued. But as with everything, before you see the whole picture it is harder to prove fraud on an individual basis. So a patient who got myeloma therapy for MGUS unnecessarily he could argue in court he was just being aggressive or something. It's crazy but not as crazy if you are only looking at it for one case. Remember also that he had many many legitimate patients who he treated as well.

This is an interesting read here if you are interested in this case, about how it came to light after so many years: http://www.detroitnews.com/story/ne...-doctor-uncovered-medical-nightmare/71027690/
•••

More firepower for those who want to end fee for service medicine.

Here is the lovely couple.

Huh? He would have made millions in ANY model of healthcare including a "covered lives" reimbursement plan.

And your comment about pathologists "in it" is absurd. What the flying F would be the incentive do such a thing? You really think he was bribing pathologists to issue false diagnoses or some crap?

Also this doesnt belong in a pathology specific forum.
•••

LADoc00 said:
Huh? He would have made millions in ANY model of healthcare including a "covered lives" reimbursement plan.

And your comment about pathologists "in it" is absurd. What the flying F would be the incentive do such a thing? You really think he was bribing pathologists to issue false diagnoses or some crap?

Also this doesnt belong in a pathology specific forum.
Click to expand...

Not so sure about that. He reportedly give Rituxan to someone without lymphoma a total of 90 times. He treated some for cancer with 250 treatments instead of the protocol 8. This is clearly trying to bilk a system where you are paid per activity.

Had he been on salary to treat patients with no ability to make more money by doing more "stuff" he wouldn't have done all of that.
•••

There is no evidence that pathologists faked diagnoses. It was more like improper interpretation of the reports and ancillary findings. Like MGUS patients or imaging findings of lymphoma, or giving way more chemo than is typically recommended.

The cases like "giving Rituxan to someone without lymphoma" are more interesting - did he withold a pathology report saying not lymphoma? Did it say "suspicious" or "atypical" or something? Or was it just imaging findings?
•••
B

MGUS or not is not the relevant question. The real question is how long it takes for a fellow inmate named Gus to turn his anus into a vagina.
•••

Man, I just can't believe Dr. Who gave someone chemo... 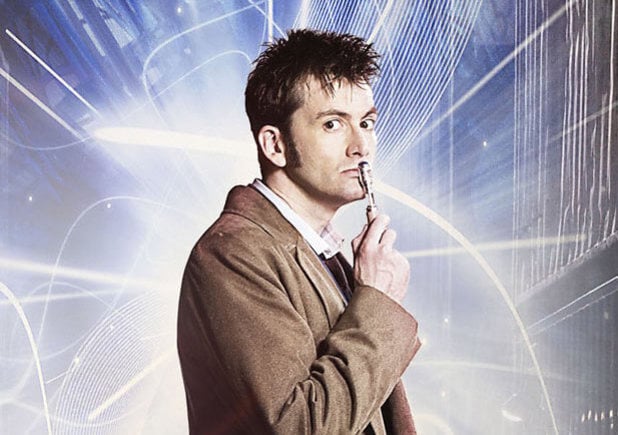 C
Which programs gave you a thumbs up?

How to discourage a doctor