Log in Register
Menu
Install the app
You are using an out of date browser. It may not display this or other websites correctly.
You should upgrade or use an alternative browser.
About the Ads

By Peter Whoriskey, Published: November 13 E-mail the writer
A government study of Medicare billings shows that financial incentives for doctors may be driving some of the rapid rise in spinal fusion surgery.

The report, conducted by the Office of Inspector General of the Department of Health and Human Services, focuses on the “proliferation” of companies that are owned by physicians and sell equipment for spinal fusions — screws, rods and plates. Such equipment costs more than $11,000 per spinal fusion, according to the report.


The Washington Post reported last month that, based on an analysis of 125,000 patient records, roughly half the tremendous rise in spinal fusions in Florida involved patients with diagnoses that experts and professional societies say should not routinely be treated with spinal fusion.

A simpler procedure known as a decompression often offers patients without complications as much benefit as a fusion and poses fewer risks, doctors said. But the decompression might yield a surgeon roughly $1,000, while a complex fusion would garner as much as $6,000.
•••
J

yeah this has been going on all over the country for about 8-10 years now. In fact equipment company reps are even offering to pay the 20 percent co-pay to medicare only patients to entice them to get fusions. Happened to 2 patients of mine that I know of. 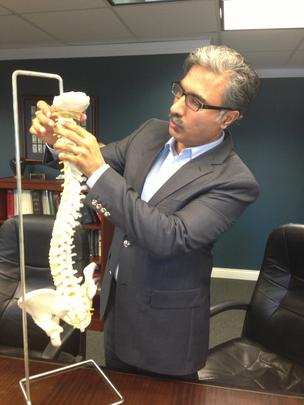 A warrant has been issued for his arrest, Law Enforcement Coordinator Fred Alverson said.

According to Alverson, Durrani had made a request to the court in September to be allowed to visit his native country of Pakistan to see his terminally ill father, but the request was denied.

"Law enforcement is working to find him," Alverson said.

The Kentucky Board of Medical Licensure and the State Medical Board of Ohio both recently issued emergency suspensions of Durrani’s license following his most recent federal indictment.

Durrani’s criminal trial was set for Jan. 13. He has been indicted on a number of charges, including health care fraud, allowing another surgeon to operate using his name, knowingly leaving items inside patients after surgery and persuading patients to undergo millions of dollars in medical procedures they didn’t need.

Durrani pleaded not guilty to charges in August and later switched attorneys.

His current attorney, Michael Lyon of Lindhorst & Dreidame Co., said he had seen reports that Durrani had left the country but didn’t have further information.