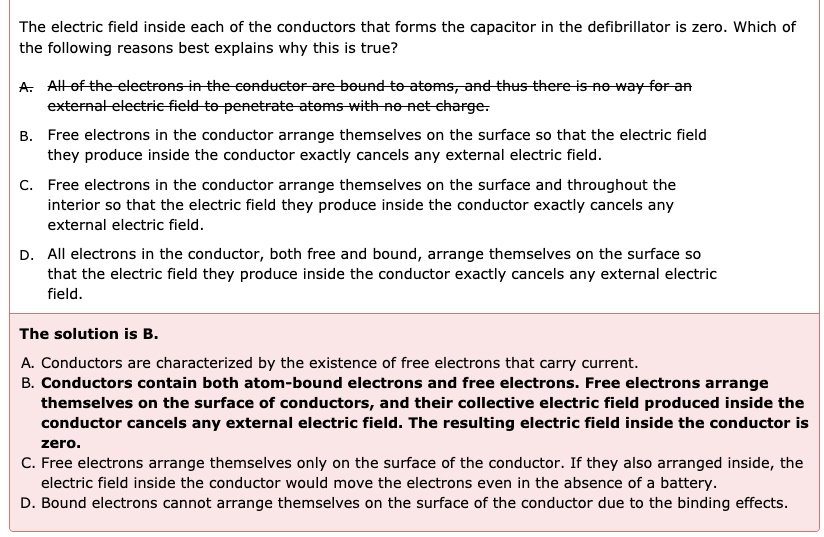 •••
Solution
Thanks for your response.

If anyone needs help in the future, this video helped:
Sort by date Sort by votes

I suggest you to first watch Khan Academy videos on conductors and insulators. I hope it's clear that A & D are wrong because bound electrons cannot escape from the atom, unless there's an energy input. Then, the answer is B because free electrons of a conductor move on its surface rather than its interior. An example would be rubbing a balloon surface against your hair because baloon acts as a conductor and steals electrons from your hair, becoming partially negative while the hait become partially positive. This results in the hair sticking to the surface of the balloon.
•••
Upvote 0 Downvote
S

Thanks for your response.