This forum made possible through the generous support of SDN members, donors, and sponsors. Thank you.
S

I'm stuck on the whole concept of mechanical advantage. There is a problem in the momentum chapter that states "What is the mechanical advantage associated with a lever system made of a 2 meter long stick with the fulcrum at the .5 meter mark. In the chapter the equation for MA is weight of object/applied force needed to support object.

Secondly, for angular momentum, is KE always conserved if no external forces present, etc? There is a problem that asks what will happen to angular velocity and KE if moment of inertia is increased by factor of 3. I said KE wouldn't change b/c it would be conserved but that is wrong. The answer is that KE decreases by factor of 3 and W decreases by a factor of 3 as well. Can someone explain why KE changes and is not conserved? Thanks!!!
Sort by date Sort by votes

Momentum is conserved, not KE.
KE is conserved only for elastic collision.
Upvote 0 Downvote
B

For a lever, the mechanical advantage is the effort arm divided by the load arm, which is equal to the mechanical advantage definition you provided but applied in terms of location of the force instead of the force itself. It's called the law of the lever. It would be impossible to calculate for that problem otherwise because they don't give you an effort or a load. If they did you could use the equation provided in the book but they appear to have forgotten to mention the law of the levers.

For first class levers, the effort arm is the long arm (so 2-0.5 = 1.5) and the load arm is the short arm (so 0.5). Increasing effort arm with a constant or decreasing load arm increases MA. Keep in mind these could both be equal which would make the MA = 1. This definition of effort arm and load arm changes for second and third class levers, where the fulcrum is on the ends. However, in this problem, since the fulcrum is in the middle at 0.5 meters, that makes this a first class lever. I wouldn't worry about learning the different lever classes and their terminology for the MCAT though, just remember the basics of levers in general and the MA of a first-class lever. 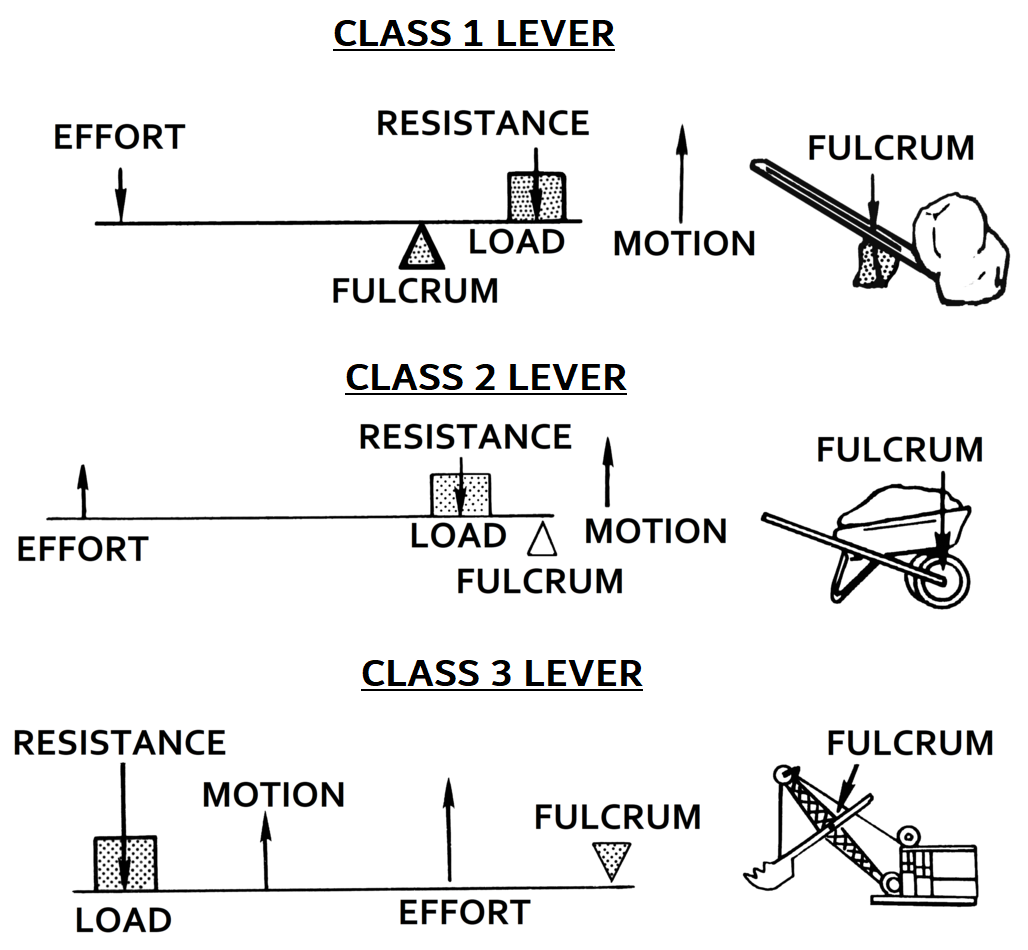 Thanks! Also, why is KE not conserved in angular momentum problems?
Upvote 0 Downvote
Members don't see this ad.
B

The overall energy of the system is always conserved, in its various forms. Based on this problem, you know that moment of inertia changes which means there had to be a change in mass or the distance the mass is from the rotational axis. To get this change requires work which will thus lead to a change in the system's energy. It's impossible to change the moment of inertia without doing work. This means that kinetic energy is not conserved for this problem.

However, angular momentum is always conserved (you can prove it with differential equations but that's outside of this scope). L=I * w which means if I increases a by factor of three then w decreases by a factor of 3 due to this conservation. Now rotational KE = 1/2*I*w^2. So increase I by a factor of 3 and decrease w by a factor of three gives 3 * 1/9 which is 1/3 so the KE is decreased by a factor of 3. Hope this helps.
Upvote 0 Downvote
Show hidden low quality content
You must log in or register to reply here.
Share:
Facebook Twitter Reddit Pinterest Tumblr WhatsApp E-mail Share Link