Members don't see this ad.
Not sure how long I will keep doing case of the week, but anyway, here is another one

This is an autopsy case, a 71 year old man with a 15 year history of a neurologic disorder resembling parkinson's (a movement disorder). He died of an acute coronary thrombosis. 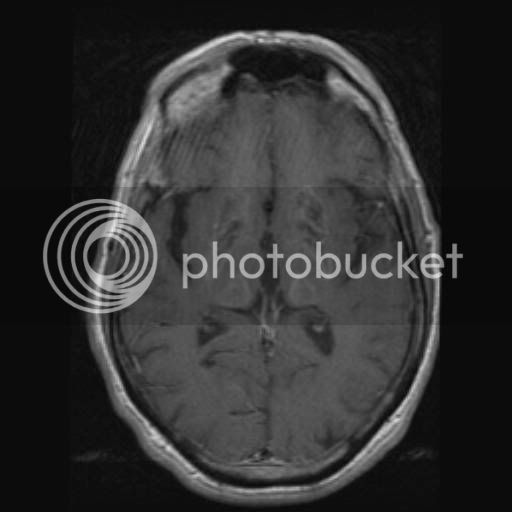 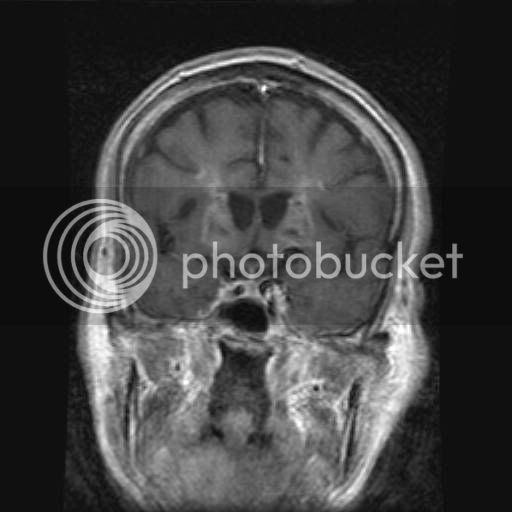 The MRI (and CT, which we don't have) shows an abnormal signal intensity, the same with and without contrast, in all of the basal ganglia, cerebellar dentate, and periventricular white matter. THought to represent mineralization with or without ischemic damage. 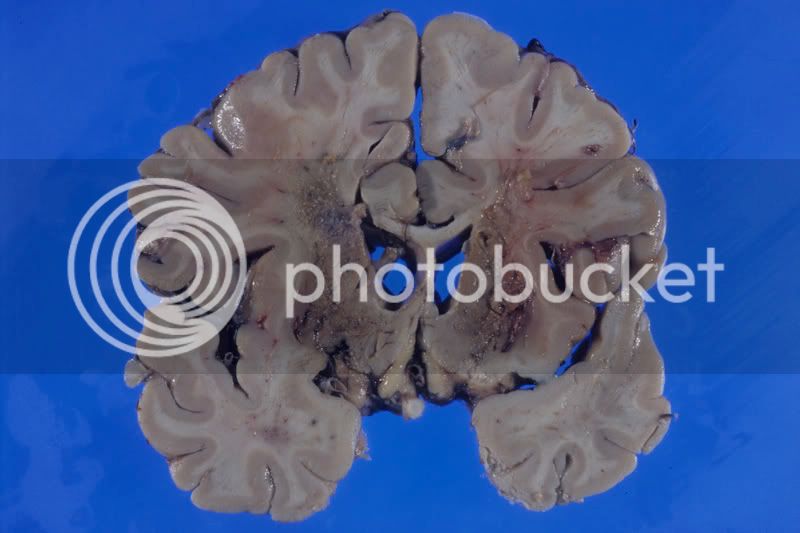 This brain was of basically normal weight, but when I cut through it it was like cutting through rocks. The knife went through but not that well. It got hung up towards the basal ganglia.

Higher power shows the basal ganglia, has a bit of a chalky and rough cut surface. 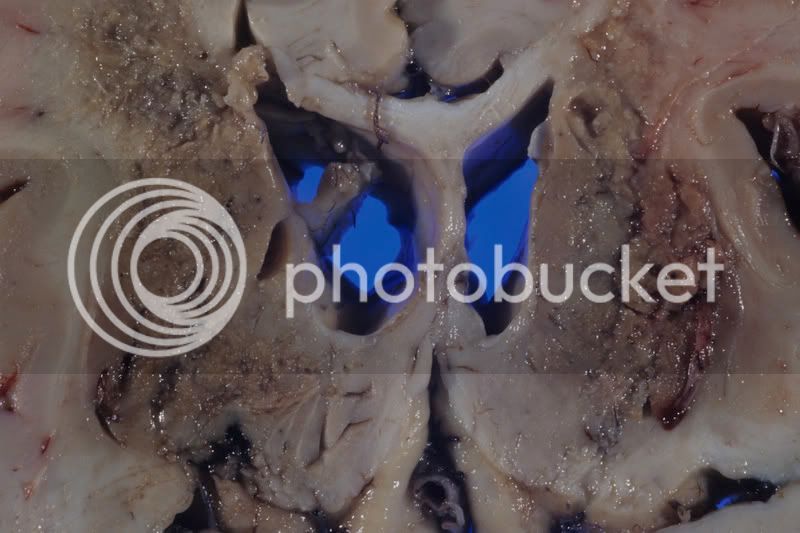 Photo of an area of white matter towards occipital lobe (representative, a lot of the white matter was similar) shows some chalky gritty areas with small cystic like areas (kind of like ischemia). 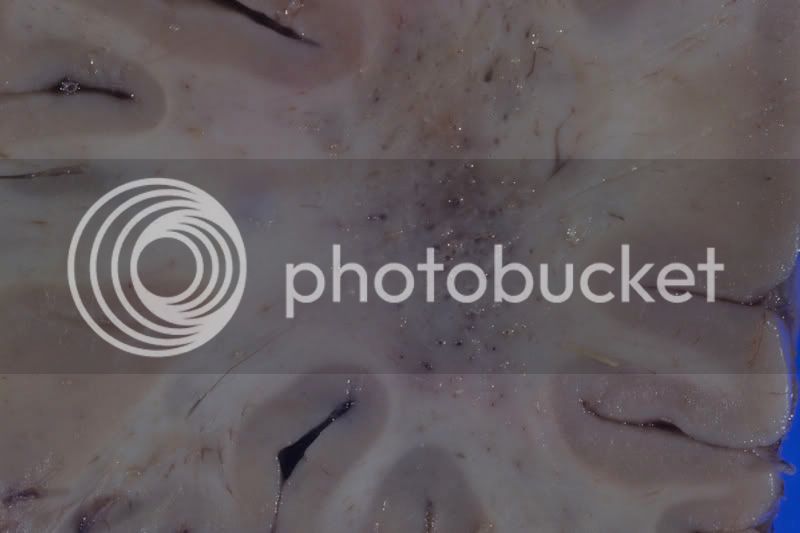 The white matter of the cerebellum and dentate were similar.

Gray matter of the cortex and the white matter just beneath it were normal. Brain stem was normal. Substantia nigra had normal pigment. 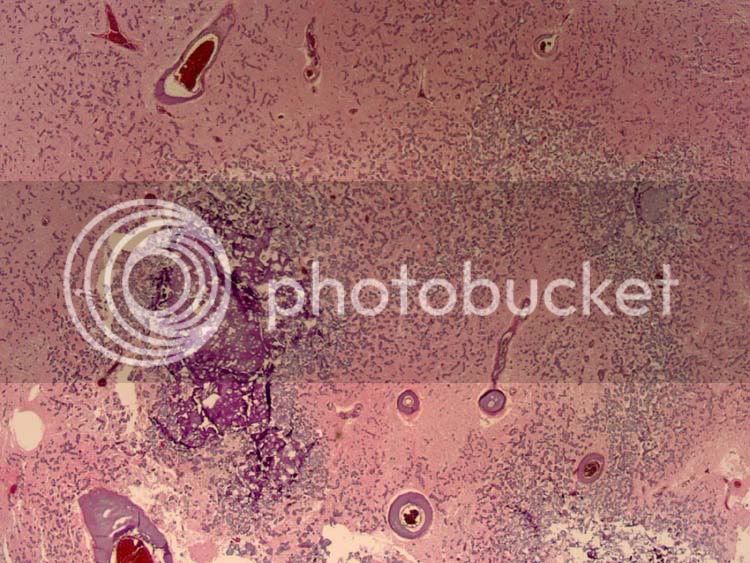 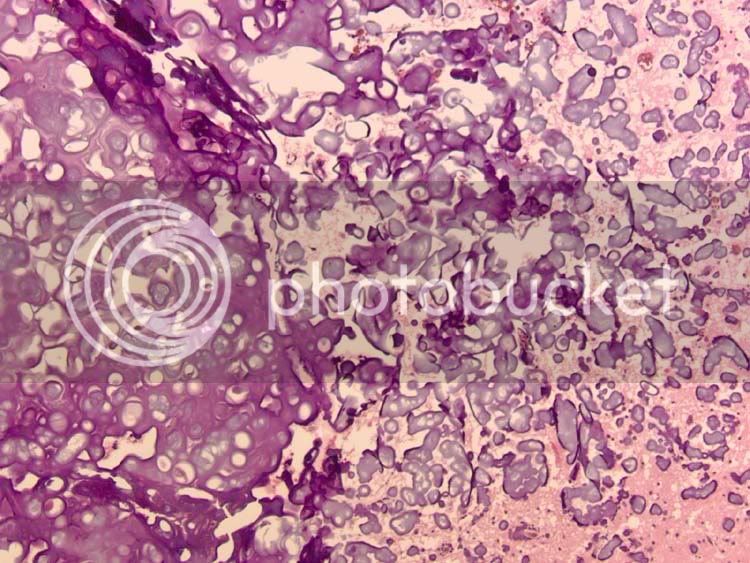 Mineralization within the brain parenchyma itself and in vessel walls 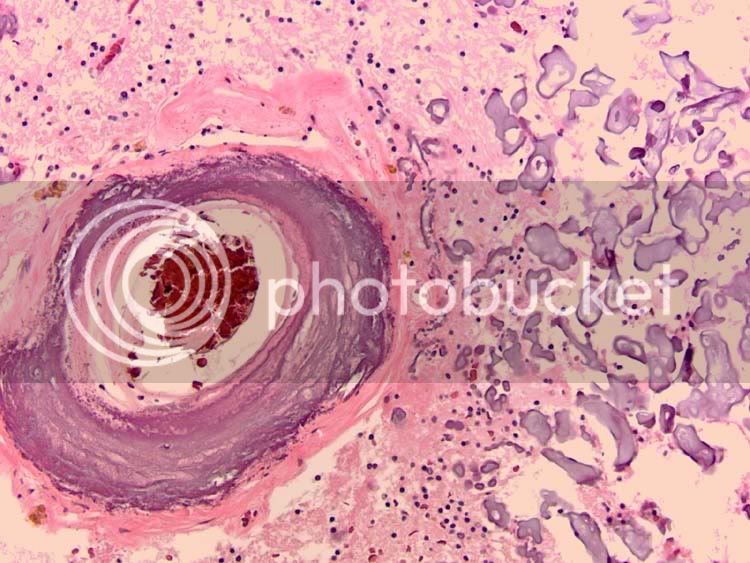 Sections of cerebellum show similar mineralization. Neurons themselves have some age related pigment but are otherwise normal (decreased in number, though). Hard to find them at all in the BG above. 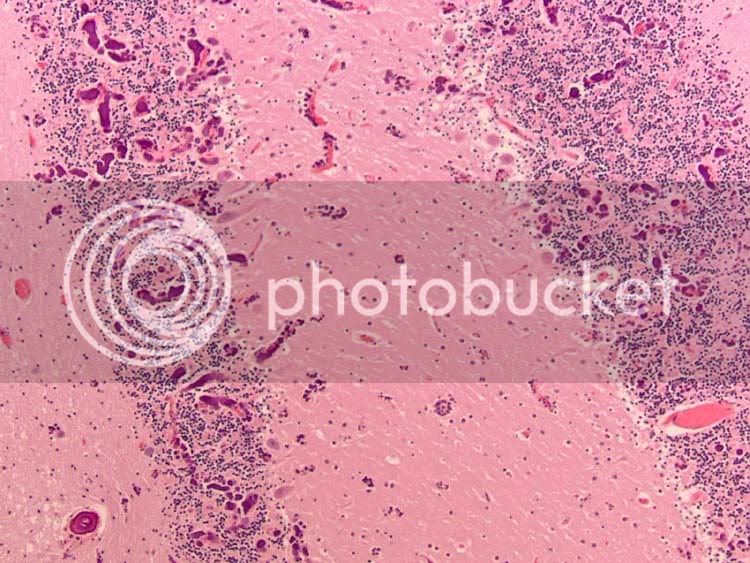 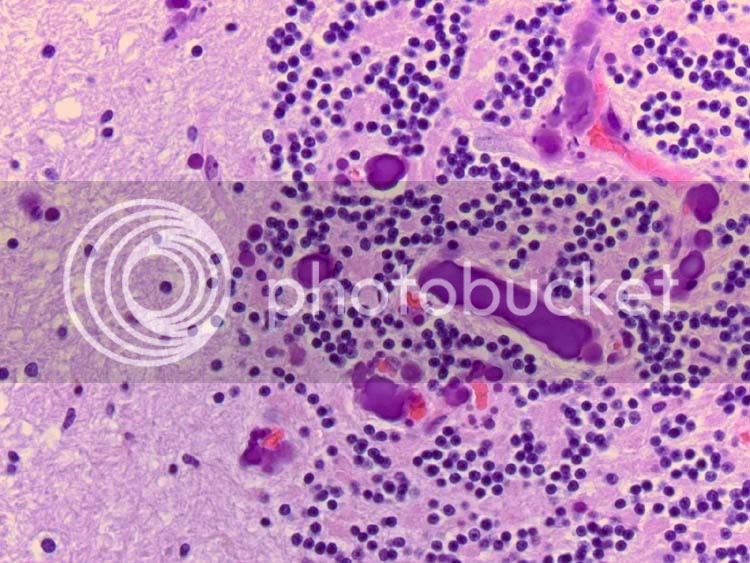 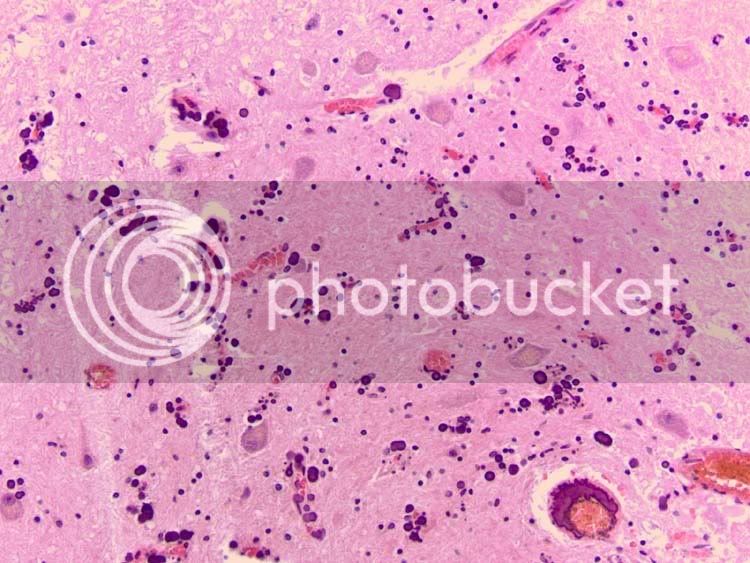 Von-Kossa (calcium) stain on the cerebellum. An iron stain would also be positive. 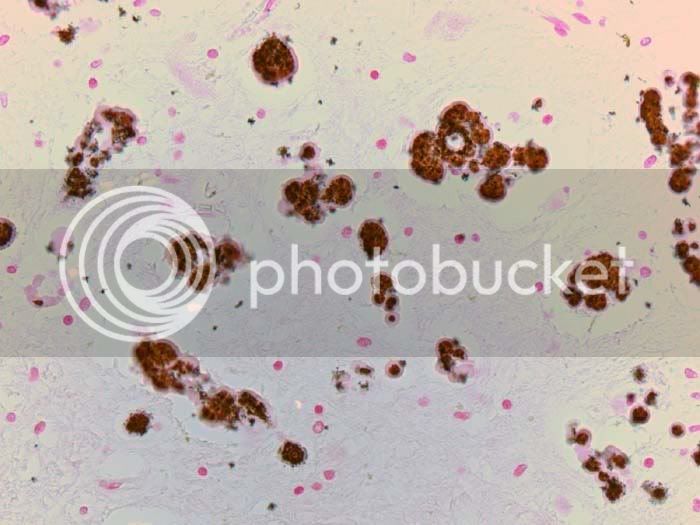 Does anyone want to say what this is? Or is it that obvious? I had never heard of this disease before I did the autopsy a couple of years ago.
D

you can pay me in bud

yaah said:
Does anyone want to say what this is? Or is it that obvious? I had never heard of this disease before I did the autopsy a couple of years ago.
Click to expand...

Is this that idiopathic diffuse calcinosis entity that I think has a familial subcategory?
D

Got me. The only thing I know that gives diffuse calcification in the basal ganglia is congenital HIV encephalopathy.

How about Fahr's disease (ferrocalcinosis)?

It's not just calcinosis though. It's ferrocalcinosis. As I said, Iron stain is also positive. And as google as now changed all of our lives as pathologists, if you put ferrocalcinosis in, voila, it comes up.

This is a case of Fahr's disease. Idiopathic cerebrovascular ferrocalcinosis. The usual site of most disease is the basal ganglia, and in this case as we see it also involves some white matter and the cerebellum, which is common. Supposedly there are familial forms, I don't know this patient's family history and neither did anyone else apparently. Dementia + Spasticity + rigidity/paralysis. Keys are that the mineralization is mostly centered on small vessels.
Show hidden low quality content
You must log in or register to reply here.
Share:
Facebook Twitter Reddit Pinterest Tumblr WhatsApp E-mail Share Link
Next unread thread

Case of the week

LADOC's Heme case of the week

PathXchange | Case of the Week 24th-30th May

S
Please help me with the Utah case of the week