This forum made possible through the generous support of SDN members, donors, and sponsors. Thank you.
O

Was going through a couple of EK 1001 Physics questions and came across this question that I couldn't quite figure out so hopefully someone here could lend some much needed clarification.

Here's a picture of the diagram and the question prompt: 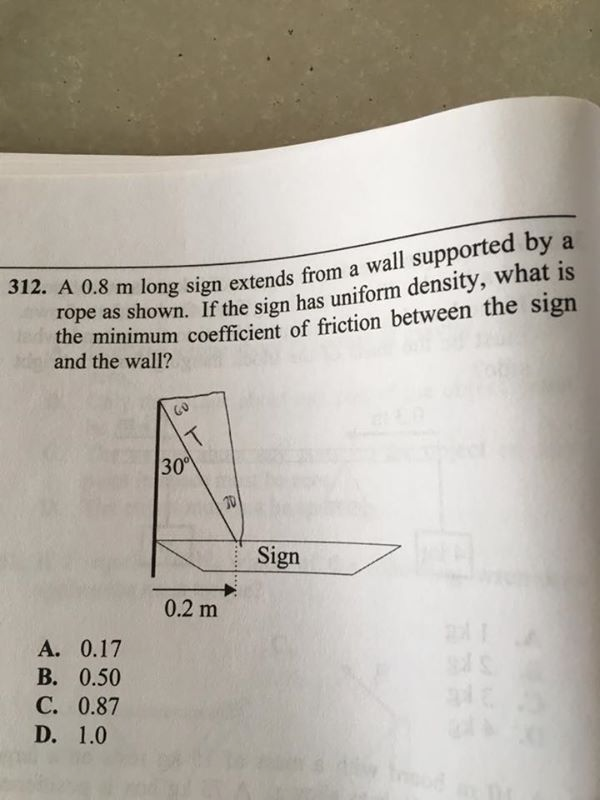 This is where I get stuck. The book claims that since forces in the horizontal direction cancel out, N = Tsin30. Shouldn't the normal force always point in the vertical direction? From my understanding of the diagram, shouldn't N = Tcos30?

Hopefully someone can clarify this for me.
Sort by date Sort by votes