This forum made possible through the generous support of SDN members, donors, and sponsors. Thank you.
N

I talked about about my ADHD in my personal statement. It's not the main focus, but I used it as an introductory point that sets the path to discuss cultural stigmas against mental health care, my desire to work with families, and the work ethic/skills I've developed as a result of my ADHD. Am I playing a dangerous game? There is a part of me that worries that this may raise a red flag to potential programs. Des anyone here have any thoughts? Thanks everyone!

Topped with salmon, avocado and tobiko

Nope don't. Not necessary nor needed. Falls under TMI.

Also read this thread to completion, bit peripheral, but correlates a bit. 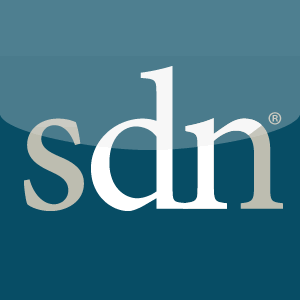 Anyone do Addiction Med either FT or PT? Looking for some insight into the fellowship (you probably grandfathered in), day-to-day, and job/ market outlook.

This has been discussed. Do a search. The consensus has recommended against this type of disclosure
Members don't see this ad.

It is a dangerous game. I wrote about having a family member with a psychiatric illness, but as just one sentence in acknowledging how most lives are touched by psychiatric illness, which is common and that can be appropriate. It can come across as trite or clichéd.
Mostly I wrote about my years working in education and social work and how that motivated me to do more for patients.

You do not want to give any impression that you are entering psychiatric training to fix yourself or find yourself. You want to show what value you may bring as a team member and show interest in the field.
Last edited: Sep 22, 2021

OP dont do it.

I once had a PD tell me his number one criteria for screening out applicants is anyone who discloses MH issues. He said it sounds terrible esp in psychiatry, but PDs just want "normal people" who can go through the challenges of residency, and that they would rather not take any chances.

Bad bad idea. Plenty of psychiatrists are skeptical about ADHD anyway, especially since all it takes to get ADHD diagnosed currently is going to a PCP or midlevel and filling out an ASRS.

Without really getting into it here...

I've disclosed some personal diagnoses stuff on the interview trail. Part of it was related to psychiatry and part of it was surgical. The thing is though that the issues have had zero issues on my work performance as documented through years of medical school and residency.

On the residency and now fellowship interview trail, the disclosure has been met with everything from 'thank you for sharing' to 'yeah, I totally get what you mean since I also have had something like xyz or I know someone from med school with a similar situation and I saw how it affected them and now they're great'.

At the end of the day one has to decide how much risk they're comfortable with. Telling someone you have ADHD in a personal statement sounds pretty ridiculous to me, just like telling someone that they had a heroin addiction and were in jail. Reading these things while not having a person in front of you to talk to is basically putting your judgement into question.

I 100% agree with @Sushirolls that there is such a thing as oversharing during this process. My thing plays off more like an 'overcoming adversity' thing or atleast that's what I hope. I would honestly have a hard time not chortling if I was interviewing someone for residency and they told me about how hard things were for them and how they had to overcome ADHD. A lot of people in medicine have ADHD, but when you put that on paper or tell someone that you're hoping will hire you... you're legitimately telling them that at base level you have a hard time paying attention to details and are easily distracted. Why would anyone hire someone for this job when they have other people who don't come with that as part of the package.

I don’t see how this can help you.
D

Don't do it. Keep personal health issues to yourself.

Every year at least one person posts a question like this and I find it upsetting.
Why on Earth would you think that psychiatrists are immune from stigma? We should be, but we aren't. Be realistic and keep your business to yourself.
Once you've got the position, you can disclose what you'd like but I'd still advise against it.

There isn't a simple black and white answer to this.

While all programs aren't supposed to discriminate based on a disability plenty will, won't admit to it, and if so it's going to be next to impossible to prove it.

If there's salient room for discussion on how this makes you a better applicant then and only then would I broach this subject. You're taking a risk.

I've mentioned this several times and I've done the application process for years when I was faculty. After I read my 5th personal statement all of them start blending together and all of them mostly say the same thing. "I'm Joe Blow and I care about patients," while most of the time I can tell the applicant is from a usually well-off background, young, and shows the usual well-off kid who hasn't really been life-tested, so how much do they really know?

So sometimes people who assist and help with students writing personal statements say to add things to make you stand out. The problem here the more extreme the thing the more risk cause it could backfire. Writing about your personal experiences (just as an example and intentionally over-the-top just to clarify) as a former sex-worker oh yeah heck yes will you stand out-and likely in a bad way, although perhaps someone could show that they've been through the bottom end of what life can dredge out and yet despite this you still made it. Anyone can figure a trick to stand-out, but you need to stand-out in a good way.

Only if this ADHD thing really makes you stand out and shine I wouldn't touch it with a 10 foot pole.

Some of the only personal statements that stood out in a good way were ones that showed to me this kid is a good-egg whose been through a lot or that they did research and were on top of something truly incredible and cutting edge. E.g. one guy who applied was doing research in TMS and knew more about the science behind TMS vs most doctors I knew. Another person was a war-survivor and was almost killed. Otherwise all personal statements melded into the "I'm Joe Blow" category. Kind of like a forgettable made for TV movie vs a truly new, refreshing, and cutting edge movie. This person is going to have to show me information showing this statement is real.

I stated this several times. The science behind the application process shows personal statements have no validity in predicting who will be a good future-employee. For this reason most statements I didn't feel was worth the brain-power when a professor has literally several hundred to review if not much more than this. I've also stated this several times. Despite that there's a science behind this process I've yet to see one physician learn about this science and apply it to their program. Every time I brought it up during a department meeting I was aptly ignored. E.g. I'd bring up that we could recruit someone from the psychology department to review our process and give us recommendations. Nope. Never happened and no one even put any mental effort to listen to that proposal.

The only place I've seen that was using science to improve such processes was at Jefferson. Forgot the guy's name but they have a non-physician doctor who goes through the science of this type of thing. Industrial psychologists do the same. So during the few times we brought up our admissions process and no one was willing to utilize evidenced-based data, and I brought it up, and was ignored, I would then pretty much zone out. I didn't feel like wasting time on people who thought they know more than hard solid evidence.
Last edited: Sep 28, 2021

For a slightly different take: I would only disclose if you have an obvious, objective discontinuity in your performance (in an upward way). So if you went from nearly failing out of medical school to getting honors on everything and the reason was "ADHD" diagnosed during medical school then maybe it's relevant as a one off disclosure. There's no other reason I see any mental health disclosure being relevant other than an absolutely necessary explanation for something in your application.

I elaborated above but felt my situation adds some context to grades etc which is why I mentioned it and brought up at interviews.
L

Just to push a bit against the grain, I have some friends that ended up at very competitive, "tippity top" psych programs that disclosed personal mental health issues as part of their narrative for wanting to become a psychiatrist (e.g. learning disorder; MDD; suicidality; history of inpatient hospitalization). These are most likely the exception rather than the rule, but it's been done before. They did not get interviews everywhere, but the places that they got interviews from knew who they were getting, and for these individuals, it was important for them for their programs to know. With these annecdotal stories though, what's missing is the applicants who did share and did not match/ go where they want to go. So take this as a grain of salt if you will, but in sum, deciding whether or not to disclose can be a very personal decision.