Log in Register
Menu
Install the app
You are using an out of date browser. It may not display this or other websites correctly.
You should upgrade or use an alternative browser.
About the Ads

Who is the moderator of the path forum?!? I have a question.

Why cannot we post images in this forum? Attempting said task leads to simple reposting of html links, a poor replacement for the real thing. I hearby request reinstatement of image-posting privileges for the humble physicians and future physicians (and perhaps other honored guests) of the path-ology discussion forum.

The above party swears not to abuse this right by posting a 600MB reproduction of a tuberculous lymph node, even though this would be fascinating to see.

The above party swears to only use this privilege for the purpose of accentuating important points, as in the accentuation of how stupid someone is by posting a picture of a mule.

With humble praise and supplication,
yours &c &c,
your servant,
sincerely,
Mr Yaah.
For demonstration purposes: This message has been deemed 5.6 times more effective with the below image reproduced in actual form as opposed to the form of the below link to said image.

wherever I go, there I am

There isn't a moderator, but I'll try to fix that problem later today.


*edit* actually, I just went and fixed it. Should work now, but let me know if you have problems.
••• 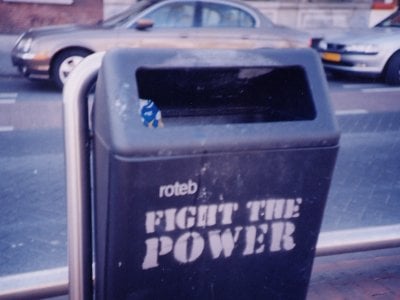 To all the youngsters out there: Follow your dreams, you can achieve your goals with a little whining and help from others.

That's one goal out of the way. Now, to go play the lottery.

give me that marrow!

I, for one, would like to propose that Mr. Yaah be our moderator. Who better to look up to for inspiration and advice? Even when sick, he still finds the time to keep us informed! And, we can now attach pictures to our postings. This dedication must be rewarded!!

...it's not as if you're going to be busy with anything else in the coming months...

And, I second it. Brian P, it looks like that we are both huge Yaah fans.
•••

Do we even need a moderator? I don't even know what they do except close threads involving "inappropriate" topics and allow access to posting images on posts. Since the former has yet to be a problem, and the latter has been solved, what else is there?

I thank you for your support. They probably want moderators to have like a billion posts (even if all of them are just this

But I enjoy your company so I will hang around anyway. I amuse myself, at least.

And, because we can now post pictures, this one is funny

Along for the ride

Hey man, take it if you can...it'll look good on the CV

Yes, perhaps good on a CV. Then everyone who sees it on the CV will be able to come and look for themselves out of curiosity, and come away thinking, "Who is this wacko?" "Why is everything so full of German when he doesn't even claim to speak German?" As all of these vice presidential potential candidates would say, though, if they asked me to be a moderator I would probably not decline. After all, it sounds like such a prestigious position! But I shall not seek out the role. I choose to remain humble.

Many nations, such as it is, have gone metaphorically "downhil" upon electing someone to office with such tyrannical powers. The Green Bay Packers, for example, as a publicly traded institution, have certain individuals in charge of the day-to-day running of the instutitution but all must ultimately answer to the shareholders, aka the people of Green Bay. Were some idiot with a bratwurst fortune to purchase these shares and assume "moderator" status, the Packer brand would probably slide downhill, metaphorically of course since Green Bay is a relatively flat landscape.

Napoleon, upon becoming the "moderator" of France, by his own proclamation following ruthless consolidation, led his subjects on disastrous marches through most of the contiguous landmass, from Egypt to Italy (where he placed relatives in charge) to Russia where he was eventually beaten back a bit. Then, of course to his Waterloo. France perhaps would have been better off without such a hands-on moderator looking out for them. And Napoleon was not even ethnically French! A Corsican! Perhaps akin to the pathology forum being run by a Pediatrician. But who directs this forum now? Could it not be a pediatrician, or in fact a construction worker? In the absence of a moderator, does a shadow government take hold and run things. Allowing us, perhaps, the occasional carrot of being allowed to post an image but not giving us ultimate sway over content?

Of course, we are also seeing now, that the governing council of Iraq is bogging down (metaphorically, as there are no bogs to my knowledge in Mesopotamia) in sectal argument as there is no true moderator, and they must share power. Thus, as well as in France after the revolution, power sharing amongst many does not often work either. The Bolsheviks and Mensheviks learned this as well. A strong "moderator" perchance named VI Ulanov (or Lenin) assumed dictatorial powers, refusing to share much power with others, although he did perhaps delegate authority.

So, thus I wonder if we need a moderator! Perhaps yes, perhaps no. I will let the others decide. Who controls us now? Do we, by maintaining the status quo, risk the chance of being governed by an amorphous institution, perhaps overseen by a mythical overlord pulling the strings? Or do we risk appointment of a moderator who may consolidate more power and assume a tyrannical reign of terror over the masses of humble pathologists and pathologists-to-be?

If we do not learn from our history, are we not doomed to repeat it? But which version of history? Paranoid, am I?
•••

give me that marrow!

Putting one person in control certainly does raise the possibility of tyrranical rule (although I highly doubt our beloved yaah would become synonymous with the likes of Napoleon).

Perhaps we could call you honorary moderator. This way, we still honor you, but without all of the stress and expectations an actual moderator would have to put up with! As a bonus, you could STILL put it on your C.V.!

That's true, I am not that similar to Napoleon. While I do understand a bit of Francais, I doubt I could converse. I am also probably at least a foot taller than him, and have not found a woman to marry so that I can cheat on her as he did. I am, however, amassing my armies currently so that I can march on Boston and claim the hospitals for UMass. They will fall in line with me. If not, what the heck, I'm leaving town in a couple months anyway.

I am glad that at least one person went through my diatribe linking the Green Bay Packers, Napoleon, and Lenin for all time. It was perhaps one of my favorite posts. I even got to slam pediatricians in it. Somehow I have to find a way to make a long drawn out post about Wagner, Beethoven (Praise the Eroica!!!), and other such kings among men (Wagner for his music, not for his misguided political views).
•••
M

Somewhere beyond the sea

I'm really impressed by your knowledge of europian history; but knowing the last name of Lenin... is really outstanding.

Originally posted by senea
I'm really impressed by your knowledge of europian history; but knowing the last name of Lenin... is really outstanding.

Well that's what a liberal arts education will do for you. Nice thing about my college (Carleton) where I could be a premed without having to be a premed, as John Kerry might say. I do pretty well in trivia games, except when the topic turns into "modern popular music" or fashion. Or pediatrics! The history of the American West is quite fascinating also, although every class I tried to take in it devolved into discussions on water and property rights, which were about as exciting as watching NASCAR practice rounds.

Still, I continue to wonder, what does a moderator do? Other than closing offensive threads.

We require SDN MODERATOR assistance in the path forum...

Everyone who doesn't visit the pathology forum is a loser and no fun.